I sat down yesterday to write a post, but I quickly realized that I had no pictures from the week, and I couldn't even come up with any interesting things we did during the week.  That's what happens at our house when I get sucked into a really good book.  Everything gets put on hold until I finish, especially when I'm near the end of a good book.  Last night at dinner time I was looking for closets to hide in just so I could finish this book!  I was reading Water for Elephants.  I know, I know, I'm one of the last people to read it.  I didn't want to read it because I knew it was about animals at the circus and obviously it would have to involve the animals not being treated nicely, which I find so upsetting.  But I finally gave in when I saw it on the shelf at my library last week.  And just like I thought, it was soooo good, but it definitely involved a lot about the way animals were treated and I found it difficult to read at times.
Anywho, my mom convinced me that I also need to give in and read The Girl with the Dragon Tattoo

series.  I just hate how every time someone tells me about the first book, they say that the first couple of chapters are hard to read and you just have to get past them and then the book gets really good.  I don't want to read a book that doesn't start out good!  But I think I will just have to give in and give these books a try.  I'm sick of hearing about them and not being in the loop.
But before I start that series, I'm thinking about joining in on a virtual book club next month.  They're reading My Life in France

by Julia Child and it sounds like a nice light read to get me over the circus animals.  Anyone else want to join me?
...................
I thought I would give a little update on Sam and what he's been eating.  Because this kid likes to eat.  And the evidence is in the chunkiness of his legs!  (will definitely need to snap a pic of those chunkers soon)
Going the homemade baby food route has been so ridiculously easy.  Just about as easy as popping open a jar of store bought baby food!  And he loves everything I have made for him so far, which includes - sweet potato, butternut squash, carrots, green beans, zucchuni, peaches, pears and banana.  And I made a big batch of avocado and I give him a cube of that a day because apparently the unsaturated fats it contains are good for brain development.  Last week I introduced him to homemade yogurt and he did not like it at all.  So I whipped up another batch and added a good dose of vanilla so that it pretty much tastes like creme brulee and now it's his favorite meal of the day. 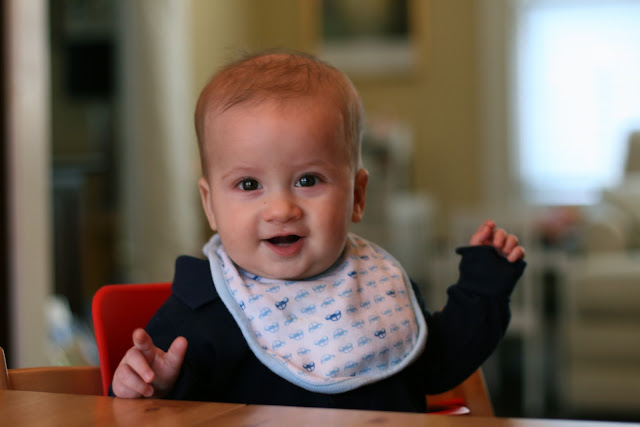 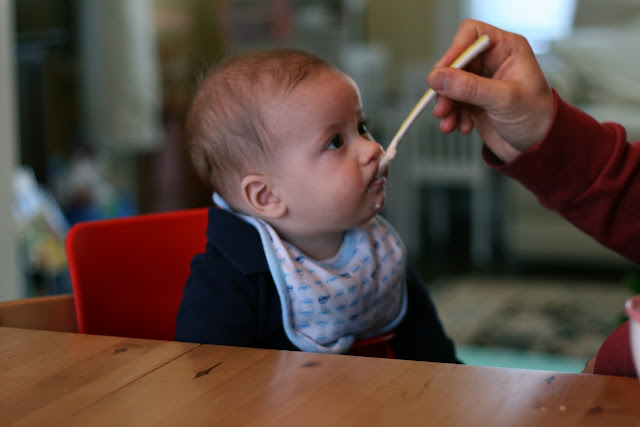 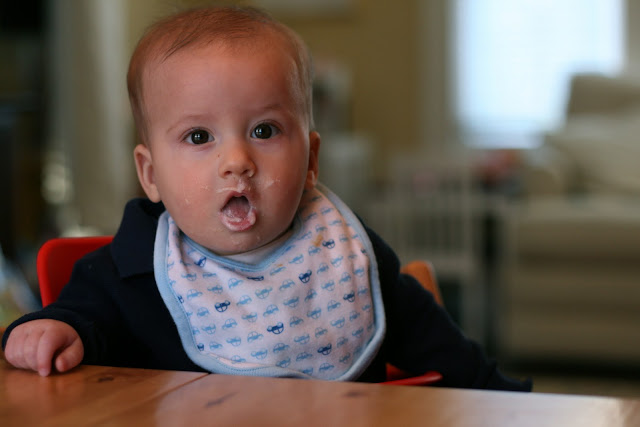 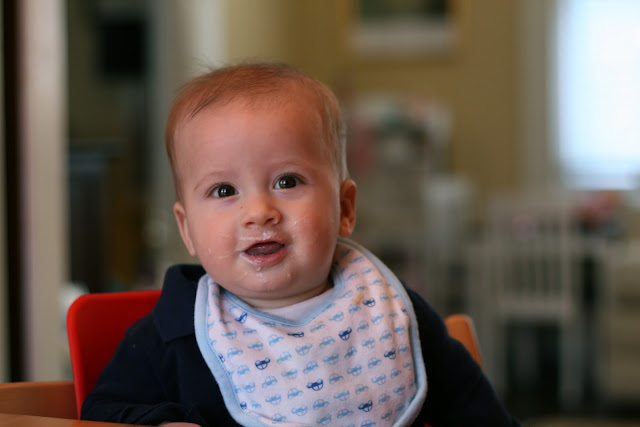 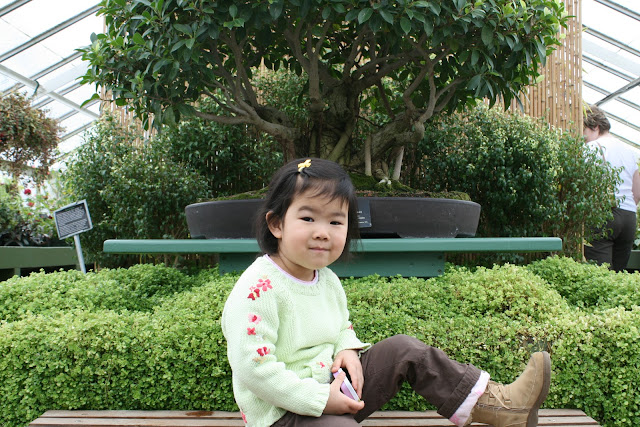 Poppy decided to be a pip when I asked her to smile for me. 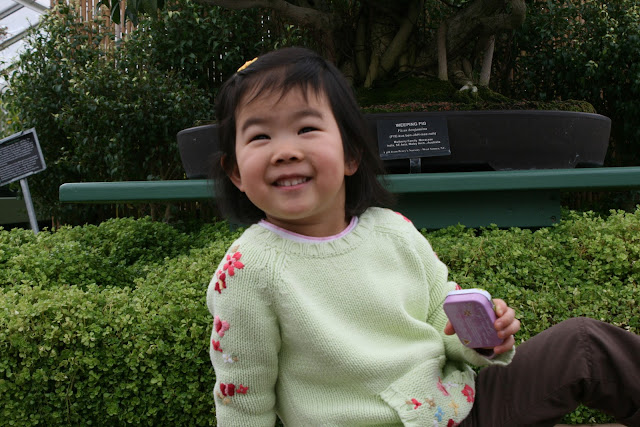 Unfortunately, we picked one of the busiest days of the year (schools were closed because of the holiday) and it was so busy that you couldn't really take your time and relax.  I'd like to go back again sometime soon.
Posted by Amanda on Monday, February 21, 2011

Water for Elephants is so good! I can't wait for the movie in April (that may or may not have to do with a certain heart throb being in the movie...)
I'm also on the wait for The Girl series - heard they are great!

I just got Water for Elephants for my Nook!! I also, started reading The Pioneer Woman's book and it's super cute! And I agree about the The Girl With The Dragon Tattoo. I got it and I couldn't get into it. I don't care what people say, I don't want to read a book that stinks in the beginning!

I love the pictures of Sam eating! He is getting so big!!

My GOODNESS, Sam looks soooo much older! And good for you making the baby food! We did it for Olive too & wouldn't have done anything differently :)
I would totally join you for the online book club, but um... I read like 2 pages each night before passing out. It's pathetic.

I made most of Colin's foods as well when he came home. So much easier and obviously, healthier. Yeah, I am there with E, I can barely stay awake and then of course, keep my self asleep lately. Insomnia city over here.

I want the read the girl with the dragon tattoo series as well...not sure that I can hang with animal cruelty...even for a good story. I'm scarred for life just from Old Yeller.

Sam is such a handsome guy! He and Leighton have the same favorite food right now, but our yogurt is from Yo Baby. I haven't taken the leap to make that one!

(I'm so freaking behind!)

I LOVED Water for Elephants. LOVED. On the other hand - I HATED The Girl series. I fought my way through #1 and part of #2 and then said "Why am I doing this?!" And that was that...

All of the photos of the kids are fabulous - and ADORABLE!! Good for you for making his food. I tried, but the sleep thing killed that. :-/