December 4 - write a letter to Santa 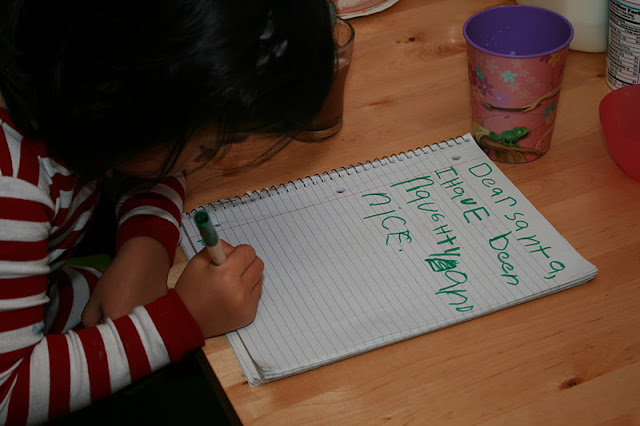 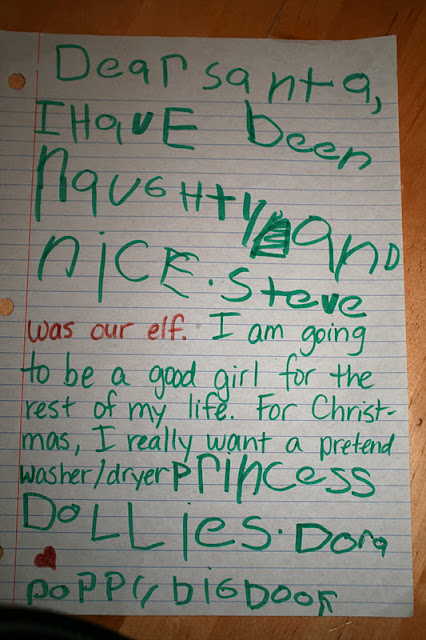 My favorite parts of her letter -
"I have been naughty and nice."  At least she's honest!
"I am going to be a good girl for the rest of my life."  Well, that lasted until the next morning.
December 5 - drink hot chocolate after dinner! 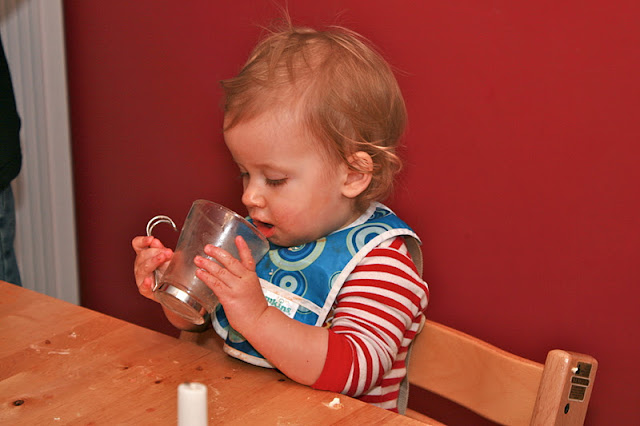 December 6 - this one was a warning from Steve the Elf about Poppy's behavior, reminding her that Santa is always watching! (no picture)
December 7- make a craft with mommy. (snowman garland) 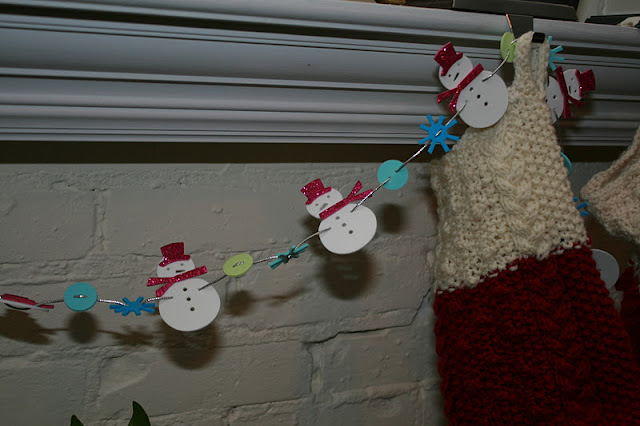 December 8 - Steve the Elf made a special treat for Poppy and her friend Maisy who came over for lunch... 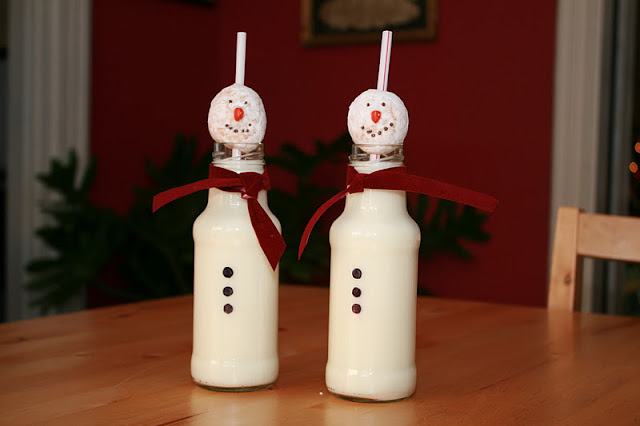 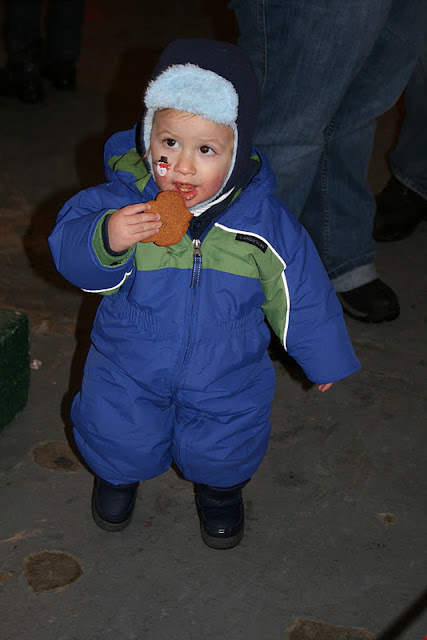 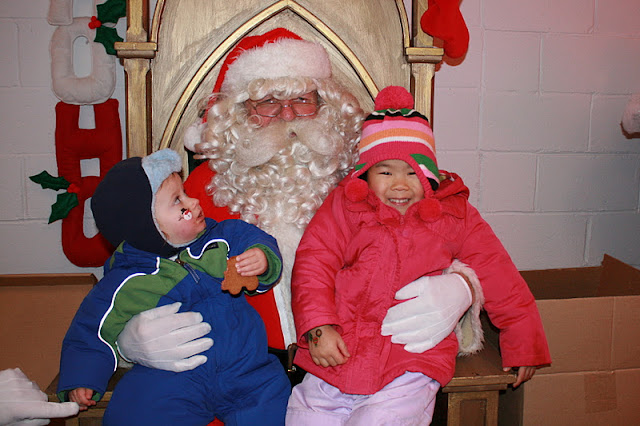 {This was Poppy's first time sitting on Santa's lap!!!} 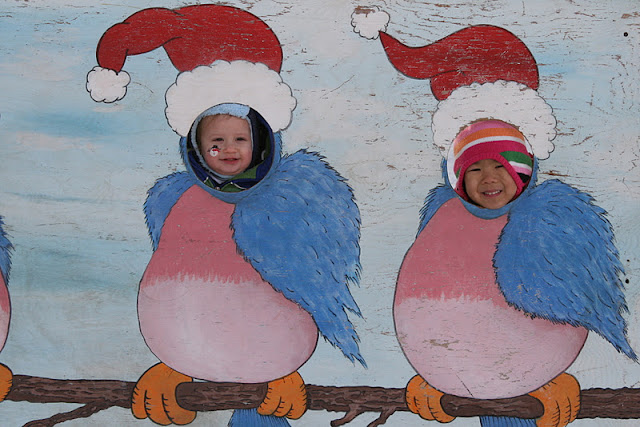 How adorable are these pictures?!  I almost used the bird one for our Christmas card! 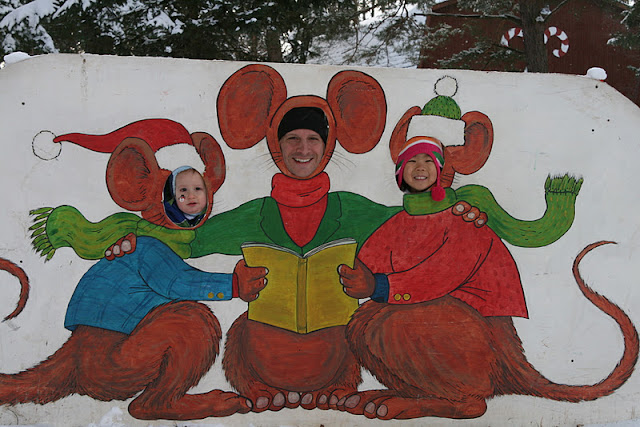 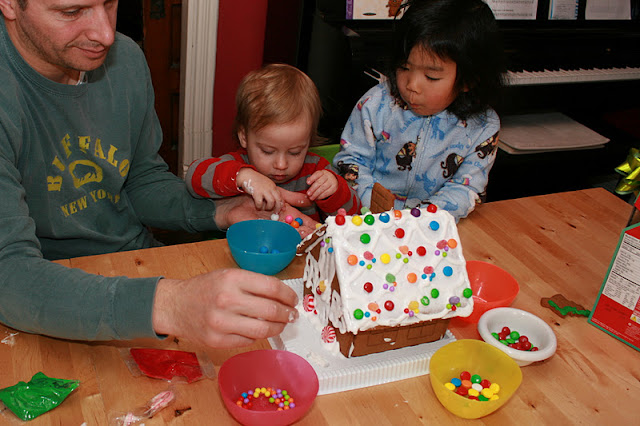 Of course, both Poppy and Sam's favorite part was playing with the candy. 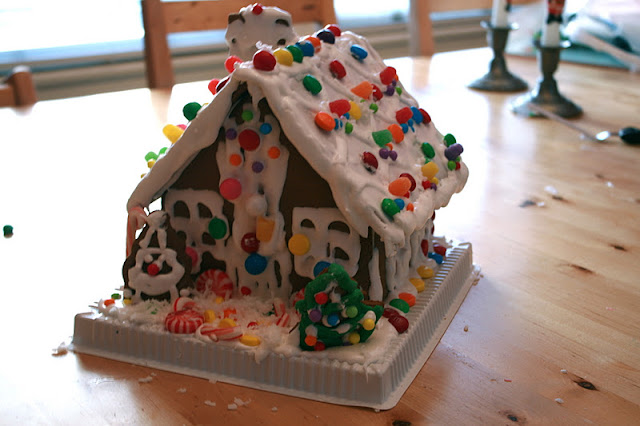 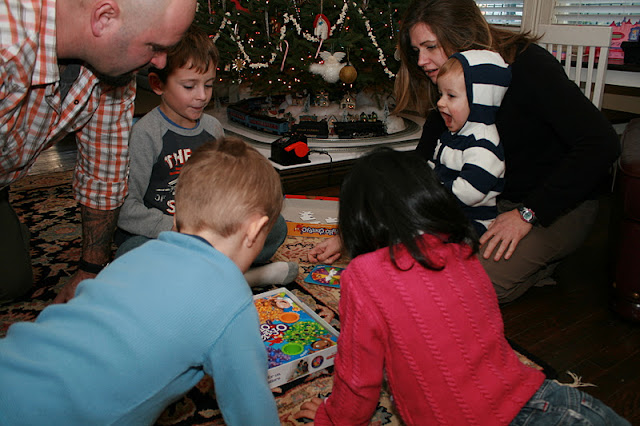 Hi-Ho Cherry-o and Candyland were played aplenty!
December 13 - Steve the Elf told mommy that Santa left a message for Poppy in her email.  It was a Portable North Pole message.  Poppy was excited and terrified at the same time... 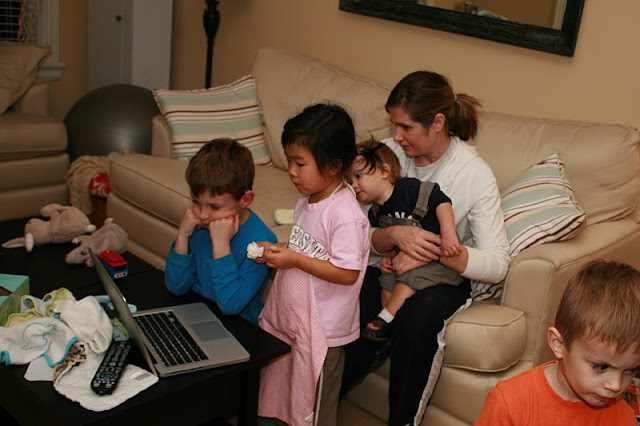 Looks like you are all having such a fun time getting into the holiday season! I love Poppy's letter too :)

You are so seriously creative. When in the world do you find the time to do all of this stuff?? Impressive:) You are supermom:)

OK, that letter cracks me up!

Wow! The treat for Poppy's play date is so cute! Loving the letter...what a little stinker!

Colin totally cops to saying he is naughty and nice also. Such honesty! LOVE the letter.

Hi, I'm Elizabeth... I'm the jerk who dropped off the face of the planet and stopped reading blogs I love.
I love that you're doing the fun things every day too! Our girls loved it last year and again this year. And frankly, I find it a fun way to pass the month of Dec.
So glad to catch up with you guys & to see you looking well!