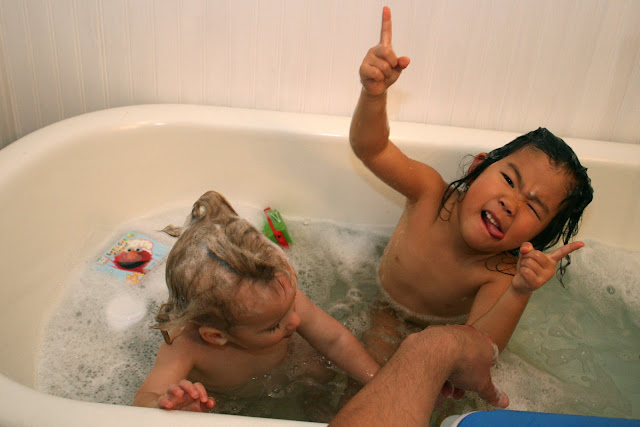 December 16 - make cookies for firefighters and bring them to the firehouse! 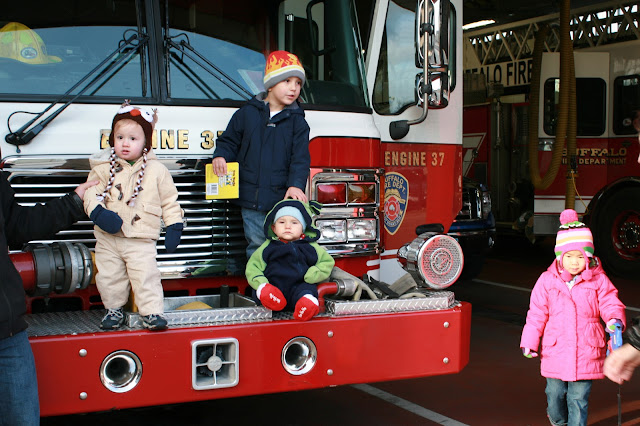 Poppy and Ty actually came up with this idea on their own!  Poppy is all about "the season of giving" and Ty is all about firetrucks, so it was a match made in heaven.  They even made and decorated the cookies and were so proud to deliver them. 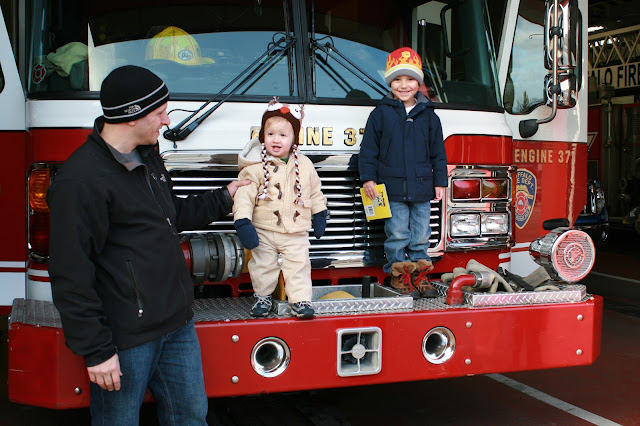 Poppy was super excited right up until they actually got there, and then she clammed up once she saw the firefighters (and would not even stand next to a firetruck for a picture).  Ty was of course in his glory.  Even Sam was checking out the trucks!
December 17 - eat breakfast inside of a gingerbread house! 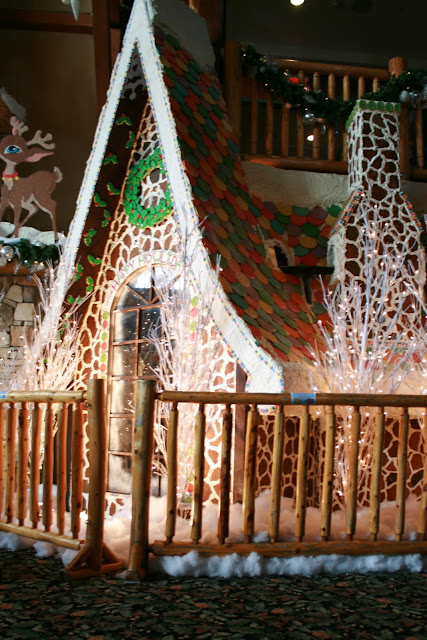 Poppy claims to have no recollection of doing this last year, which cracks me up because she always remembers everything.  Anyways, we headed north to the Great Wolf Lodge to have breakfast inside of the gingerbread house they build every year to support a charity.  This thing is so cool!  It is covered in frosting, cookies, candy and chocolate.  The wooden structure that supports it is literally painted in chocolate (that melts when you touch it!).  And this year they had a train that looped around the inside and outside of the gingerbread house, which was a huge hit with both Poppy and Sam... 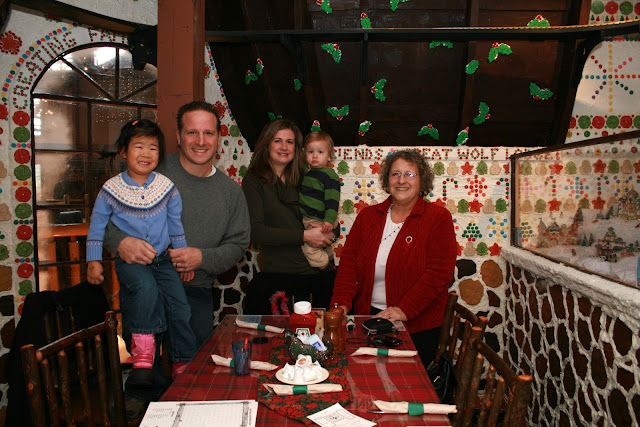 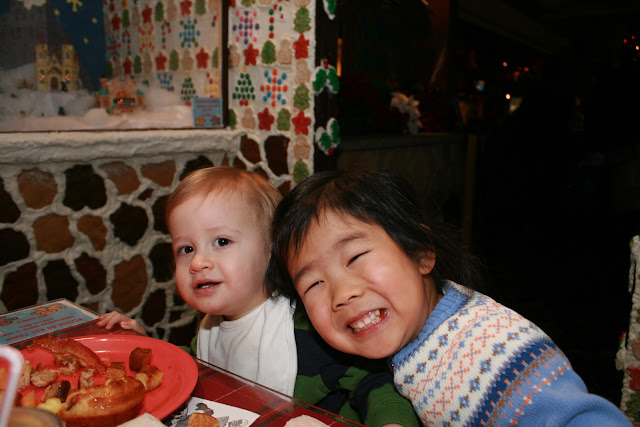 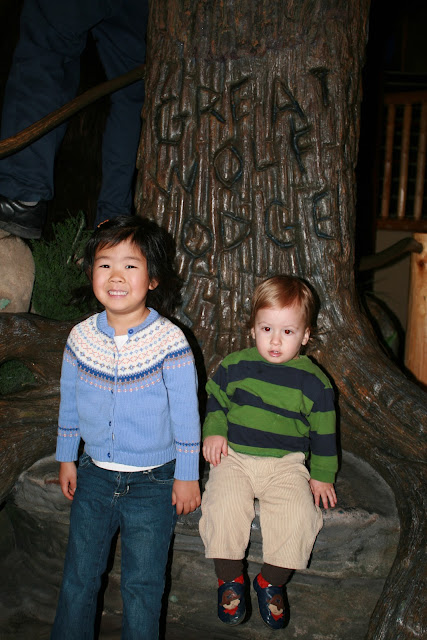 December 18 - make salt dough ornaments to give as gifts to friends and family! 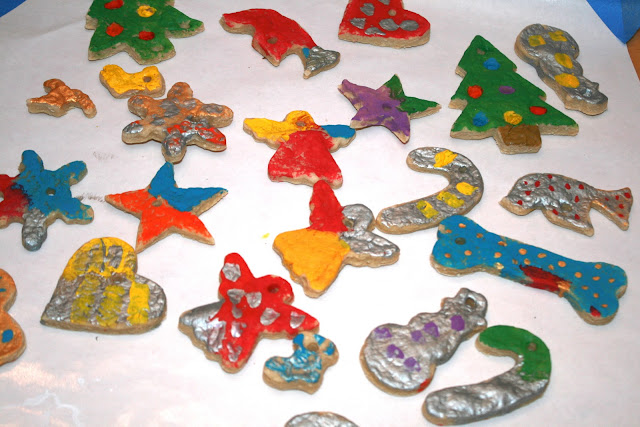 This was the first time we've done this and it was so much fun!  Poppy had a blast rolling out and cutting the dough with cookie cutters, but painting them was definitely her favorite part. 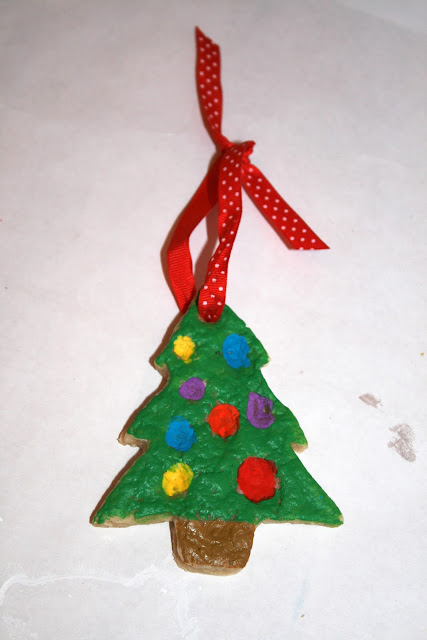 This one was our favorite.  We used Poppy and Sam's fingerprints to make the lightbulb indentations and Poppy painted them different colors.  I think it turned out adorable!


December 21 - The Polar Express book was waiting for us under the tree! 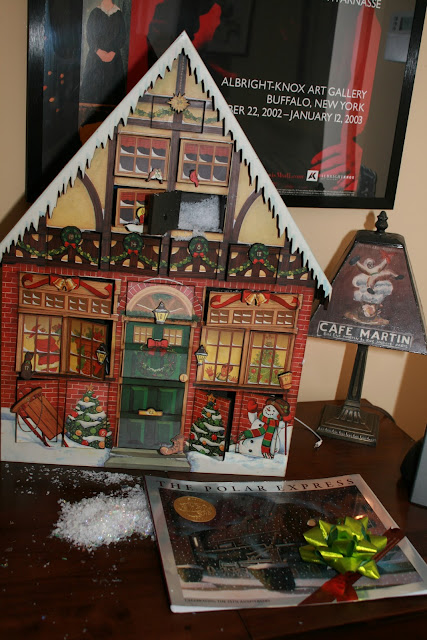 We've also had quite a few "drink hot cocoa for a snack" or "read lots of books while snuggled on the couch" as fillers over the past few weeks.  As challenging as it was sometimes to come up with a fun activity for the day, it has been so much fun to see Poppy's face light up as she read her daily note from Steve our elf.  Making memories like these is what the holidays are all about!
Posted by Amanda on Wednesday, December 21, 2011

ok, really. i want to live with you. you have WAY too much creativity and i'm WAY jealous! just love it all!

Even with your "filler" days... you are leaps and bounds ahead of us! Wow! And I can't believe Poppy didn't remember the Gingerbread House... even *I* remember that! ;-) Maybe it's because I'm so jealous?!