A few years ago, I wrote a post that explained where we got the name "Poppy" from.  If you don't want to go back and read the whole post, I'll just sum it up by telling you that I fell in love with a small garden of poppies next to a church in our neighborhood.  All of the poppies bloom at the same time and they only last for a week at the most.  I've been trying to snap a pic of them for the past 4 years, and finally, last week I was successful! 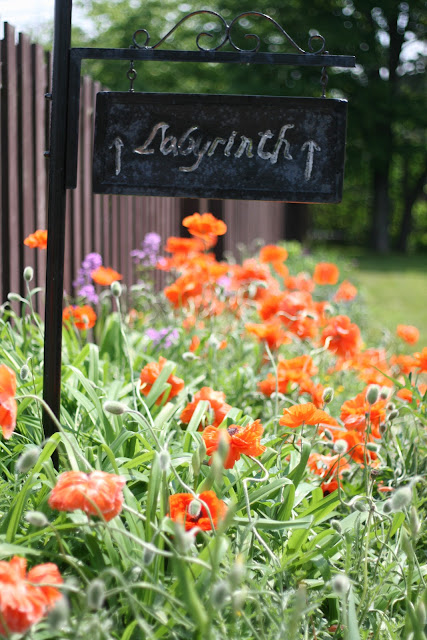 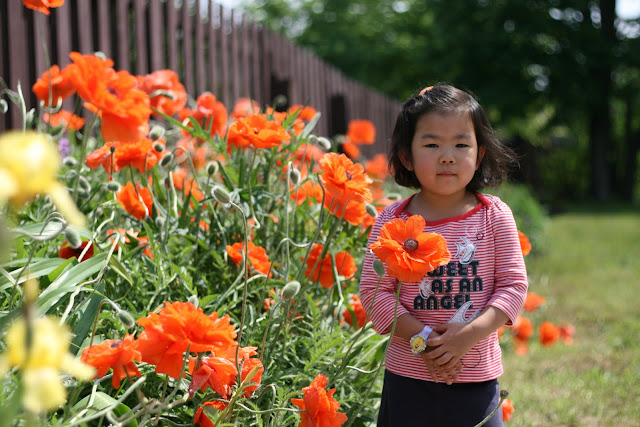 And speaking of Poppy, I think it's time I give you all a little update about what she has been up to lately.  Basically, ever since she turned 4 years old (which was less than a month ago), she has grown so much, both mentally and physically, that I can barely even believe it.  Everything about her is different!  Her clothes don't fit, her shoes don't fit, her hair grew thicker.  She talks different!  She uses funny expressions, has complex thoughts, can be a con-artist when it comes to negotiating or trying to talk herself out of trouble.

One of the most fascinating things is watching her learn how to read on her own.  She has a ton of words that she has memorized from her favorite books, but suddenly, she is sounding out words and reading them!  The first time it happened was when we were in a public bathroom and I was holding her up on the toilet and she was staring at the wall behind me and she said, "No food or drink."  I was confused as to why she would say that and when I asked her why, she said, "Because I think that's what the sign says."  And sure enough, it did.  When I was taking down all of her birthday cards that I had set up on our table, she went through them and sounded out her cousins names and told me who each card was from.  For some strange reason she is obsessed with words that start with the letter "B".  Every day, all day long, she says, "Oh, mom!  I just discovered that blue starts with a B!"  "I just discovered that baseball starts with a B and has another B in it!"  She has been doing that for weeks (but only with the letter B).

She's also loving both soccer and ballet.  For a while over the winter she kept saying that she didn't like going to ballet, and I came to a point where I wasn't sure if I should make her finish out the semester, or let her drop out if she really doesn't like it.  In the end I decided that we paid for it, so she would have to keep going, and now I'm so glad I did because she is back to loving it.  She sings all of these cute songs she learned there and practices her stretches and even counts in french. 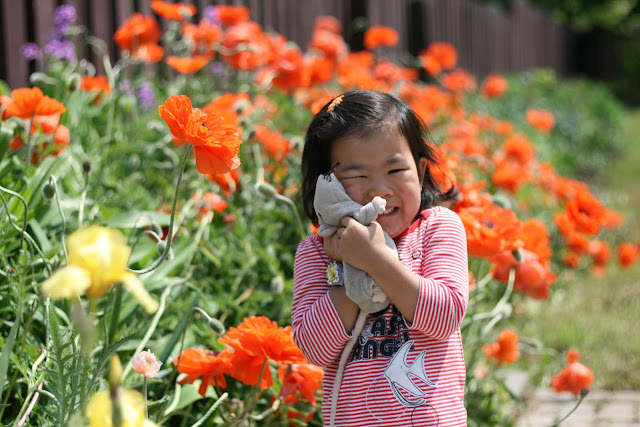 So yeah, basically Poppy has completely grown up right before my eyes over the past 3 weeks.  It's seriously crazy.
Posted by Amanda on Tuesday, June 07, 2011

Email ThisBlogThis!Share to TwitterShare to FacebookShare to Pinterest
Labels: Poppy

Love your poppy picture and story! I dropped in from another blog to "meet" you.

What a smarty you have there! Although I am not surprised...

I love that photo with Poppy and the Poppy. SO SWEET.

I love that Poppy has her rat in the one picture :)

She's so incredibly bright and beautiful! Just like her namesakes :)

My goodness what a smart little girl you've got there! She looks positively adorable, and I totally noticed her thicker hair!