We have been having fun getting ready for Easter around here.  Poppy and I made easter egg cookies to bring to the egg dying party with her cousins... 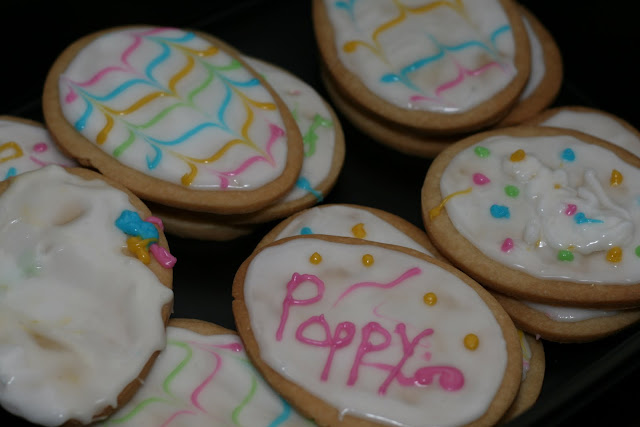 I love setting up the piping bags of different colors of icing and letting Poppy decorate her own cookies.  She had so much fun with these. 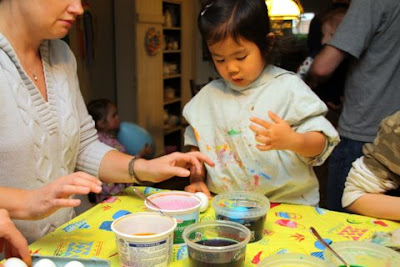 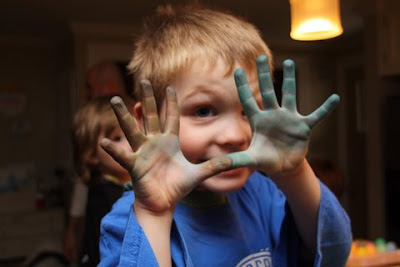 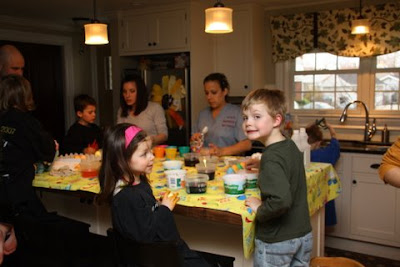 Then today we did the world's easiest, cutest Easter craft.  Check it out... 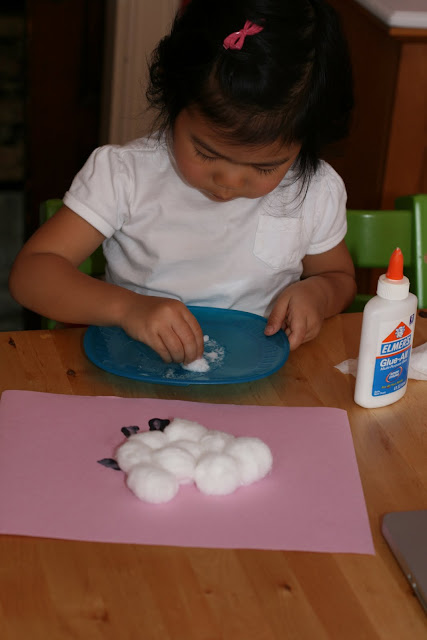 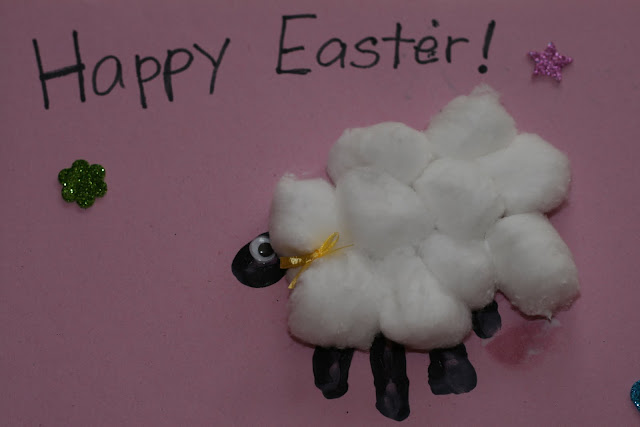 Is that not the cutest little lamb you've ever seen?  I found the idea on Pinterest.  Have you been pinning?  I am totally hooked.  I have found so many great ideas via pinterest!
And then Sammy has been giving me a run for my money in the feeding department.  It started while we were in Florida, he has been refusing to let me spoon feed him and now he is even being picky about finger foods!  The only things he will voluntarily eat are cheerios and avocados.  Feeding time has quickly turned into drama around here... 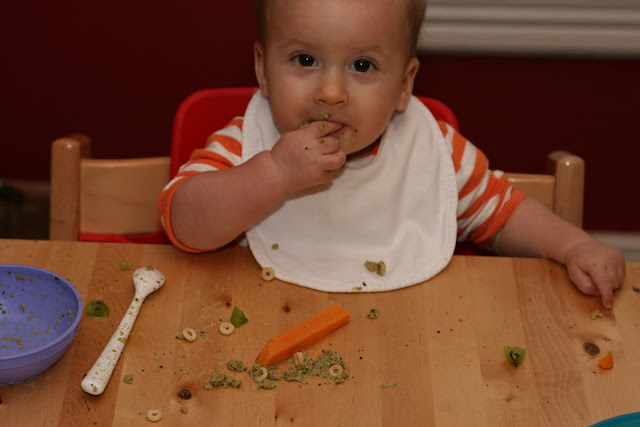 This was my sorry attempt to get a few fruits and veggies into this kid the other day.  I offered him sweet potatoes mashed and as steamed fries.  I offered him kiwi.  I made a paste out of green bean puree and rice cereal that I could roll into little balls so that he could pick them up and eat them.  He said no to it all.  I finally ended up sticking his beloved cheerios into the green bean mash so that he would have to pick them out and maybe a little bit of veggie would stick to them.  That trick worked for about 3 cheerios until he refused those too. 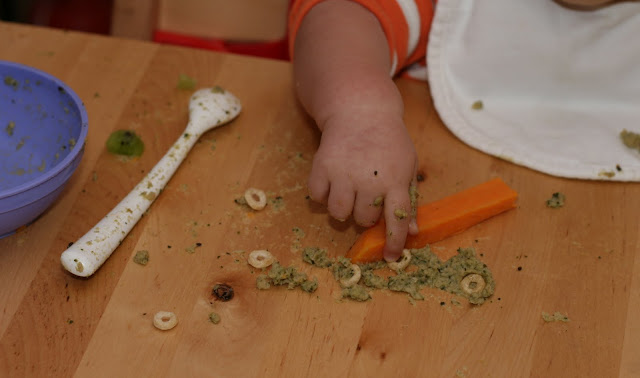 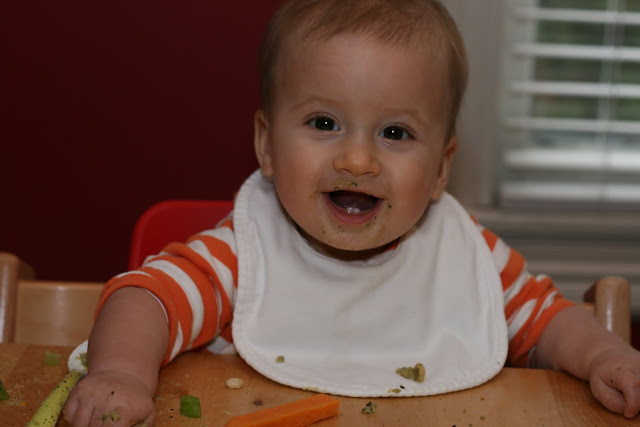 For now, he wins the battle.  Avocados and cheerios it is!

Tomorrow is perogie making, followed by a ton of cooking and baking.  Poppy and I are making "resurrection rolls" (found via pinterest, of course!) on Sunday, those should be fun!  This is our first time being home for Easter (we're usually in Florida) in years, so we are really looking forward to it.

Um, yeah... thanks a LOT for getting me hooked on Pinterest! ;) Actually, to be honest, I've had it pulled up in a tab in my browser for weeks and have only gotten to look at it a couple times. But when I do... oh my... I get sucked into the vortex of wonderful ideas!
I can totally feel your frustration with the little man's eating. :( Hopefully he'll come around soon!

Ha! Sam and Leighton would be fast friends with their stubborn little eating habits. We are having good luck with smooshed mango, avocado, and sweet potato.

She also approves of any family dinner that I hit with the immersion blender. It has to be exactly what we're having and she peers over her chair to check!

I need to check out this Pinterest immediately. I wish Sam would send some of his fussiness over to Colin or vice versa. Grrrrrr.

That stinks about the eating! Spence goes through phases where he could care less about eating as well... so I get it. :-/